You have already completed the quiz before. Hence you can not start it again.

You must first complete the following:

Quiz complete. Results are being recorded.

(a)i. work is done when force moves through a distance in the direction of the force. Its unit is joules, (ii) Power is the rate of work done or energy dissipation with time. Its unit is Waits or joules per second (Js1)

Both wires received the same force which produced the overall extension 0.01m.

(ii) Gravitational field strength at a point in a magnetic field is the force of attraction on a unit mass placed at that point.

(iii) Acceleration due to gravity at the surface of the earth of radius R is given by,

1. All planets move in elliptical orbits, with the sun at one focus of the ellipse.

2. A line that connects a planet to the sun sweeps out equal areas in equal times

3. The square of the period of any planet is proportional to the cube of the semi-major axis of its orbit.

(b)i. Centripetal force acting on the satellite is given

Where v is orbital speed and r is the orbital radius. Orbital radius= radius of earth + distance of the satellite from the surface of the earth

(c)i. The law of conservation of energy states that the energy of the universe cannot be created nor destroyed but is only transformed from one form to another. 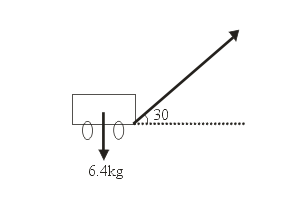 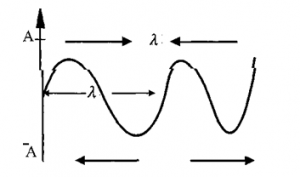 a. light has to travel from optically dense to optically less dense medium

b. the critical angle for the two media must be exceeded

(b) i. Efficiency of a Carnot engine,

iii. It is magnified, invested are real. In converging lenses; when u > f these properties are true for the image formed. A negative magnification also reveals this image is inverted.

(a)1. Ohmic materials have a linear relationship between voltage and current. They obey Ohm’s law. All metals are Ohmic conductors.

Non-ohmic materials have a non-linear relationship between voltage and current. They do not obey ohm’s law. Examples are semi-conduction,

(ii) Length of wire, the resistivity of its material, and its cross-sectional area.

(a) Doppler effect is the change in frequency of sound heard by the listener due to a relative motion between the listener an source of sound. 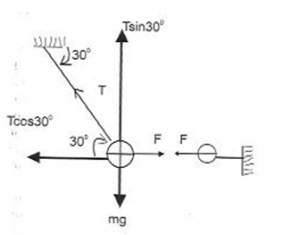 Both spheres, being with opposite signs attract each other with an equal but opposite force F 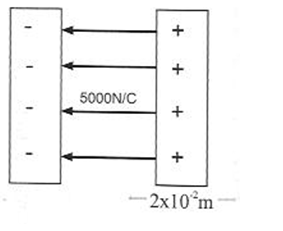 The force is directed towards the positive plate

(iv) The electrostatic force caused the electron to accelerate at

(a)i. Length contraction is an idea in the special theory of relativity where the length of objects moving at relativistic speeds undergoes a contraction along the direction of motion. In other words, an observer who is at rest observing a travelling object sees an apparent decrease in its length as it speeds away.

(ii) Time relation is an idea in special theory of relativity that refers to the difference in elapsed either moving relative to each other or situated differently from a gravitational mass, such as the earth.

(b)  According to the special theory of relativity, as an object speeds up, its mass increases compared to its rest. Also, to move an object in space, we need energy, to make it move faster, we need more energy. Light has zero mass but begins to acquire mass as it travels and it is able to attain a maximum speed of 2.9972 x l0’ms-1. An object, which has a non-zero rest mass will have its relativistic mass increasing too, requiring more energy to accelerate it. Thus as the speed of the abject is approaching fractions of speed of light, it becomes so massive that extra energy added doesn’t make it faster but more massive.

(d) The two particles were originally at rest with zero kinetic energy.

Notice the contraction in length as seen by the second,. moving observer.

After the collision, they annihilate creating two photons of equal energy. Photons have zero rest mass. Their energy is given by E = pc thus for two photons 2E = 2pc from conservation of energy:

the energy of each photon E = mc2

(e) Lorentz coordinate transformation for one-dimensional motion (along the x-axis) is given in terms of position as:

Notice the contraction in length as seen by the second moving observer.

(ii) Spontaneous emission is a process whereby an electron or atom transmits on its own from a high energy excited state to a low energy ground state with spontaneous emission of a photon. Stimulated emission is an induced emission in which the presence of photons with appropriate energy triggers an atom in an excited state to emit photon of identical energy and transit to a lower state. This is the principle of operation of LASER device.

bi) Nuclear transmutation is the artificial method of transforming one element/isotope into another element or isotope by bombarding it with high energy particles.

Please confirm you want to block this member.

You will no longer be able to:

Please note: This action will also remove this member from your connections and send a report to the site admin. Please allow a few minutes for this process to complete.

You have already reported this
Clear Clear All
error: